After the first positive occultation followed another one. And positive again! Two during one night. It was unbelievable...

The equipment was the same as at previous observing. The target star was found and I was watching it from warm chalet again. I was listening a radio via Internet that started to play soundtrack from "Space Odyssey" (be sure you know it) and I pressed the button to record the occultation. And target star almost disappeared - so I had another positive one during this night. If I had been happy before then I was twice. SMS to my wife and to friend observing this night too. Only my son thought that I was joking until I showed it to him.

The map with predicted path: 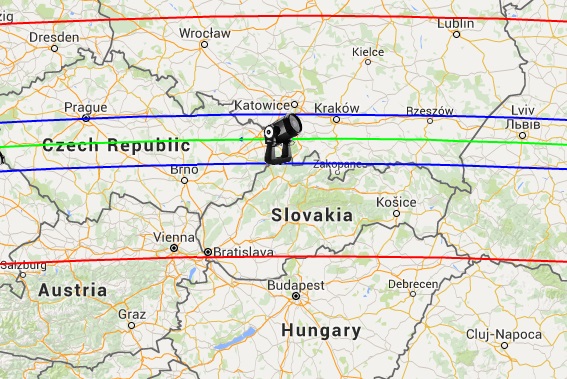 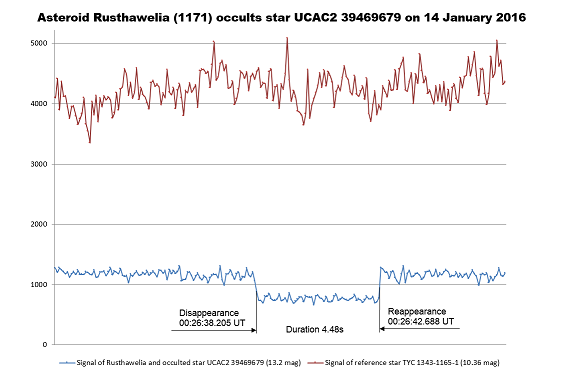