I found in my inbox an e-mail informing about a possibility of an occultation 9.2 mag star (TYC 2224-01391-1) by asteroid Ennomos (4709). I could not make up my mind whether to go or not because the weather was neither good nor bad. There were plenty of clouds in the sky. Finnaly, after an analysis clouds from satellite pictures I decided to try it. It was the right decision.

I found all necessary information and maps on the web site www.asteroidoccultation.com.

The path was calculated as it is shown in this picture. 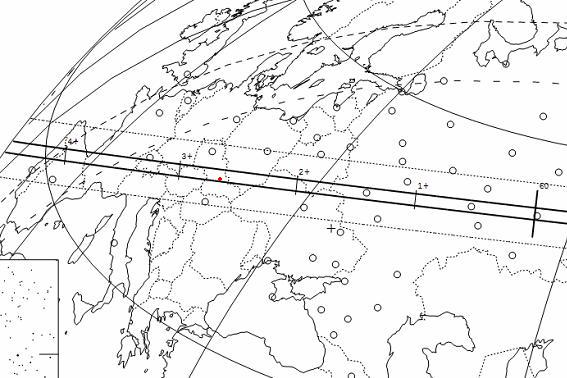 I looked up the star TYC 2224-01391-1 and moved it to the centre of camera view. Then I set up the exposure time in CCD camera. I start the program used for synchronization system time in computer by received signal DCF77. Unfortunately, a few seconds before the anticipated occultation clouds begun coming again. I started recording and was waiting. After a while the star disappeared. I kept recording for a minute and then I stopped it. I look through the stored pictures and confirmed the correctness of my previous observing. There was the occultation there. I was happy that all was ok. I calibrated photos with dark frame and increase its brightness for better identification. Eventually I put all photos together and made the movie shown below â available after click on it.

This is my first observed and captured occultation in my life.

a chord picture and size calculation of this asteroid was shown on pages euraster.net. 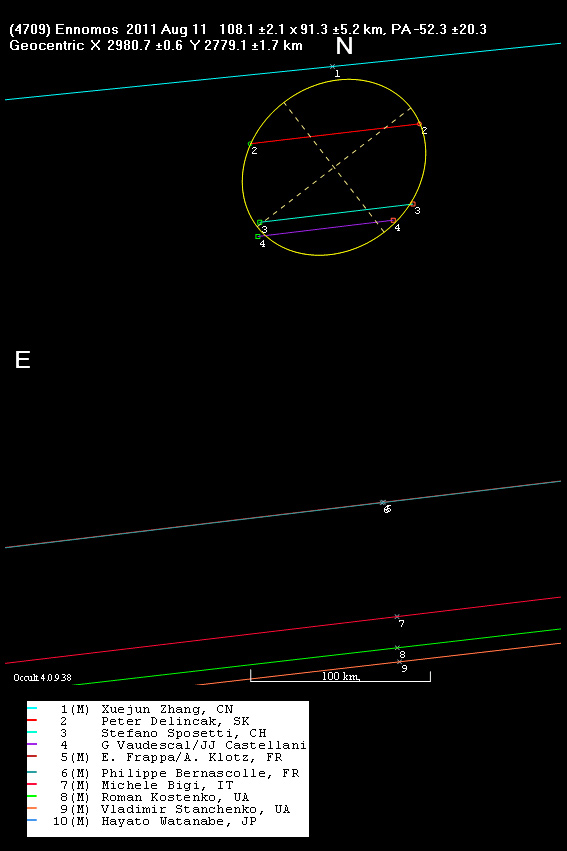