In the sky there is a quite bright comet C/2006 W3 Christensen. I saw some photos of this comet and due to coming bad weather I decided to go and take a picture of this comet. If had known how many problem would be waiting for me probably I would not have decided to go.

After my arrival I prepared my mount, computers and lenses. Suddenly I found out the fact that I had left my T2=>Canon reduction at my home. I had two pieces but I left both at home. Great. The big problem rose because I had no idea how to connect my camera to the coma corrector. After a few minutes of thinking and looking for some available components I joined the camera with sellotape and wire. It was horrible but only one possible solution. Aperture of lenses is 1:4 and it means that focus precision is about 0,1mm. If you look at the picture below you can imagine how difficult it was. Fortunately I was able to manage it. The second problem occurred with computer. The computer decided not to work with my USB key. I had saved current position of comet on key. So I had to start searching through the sky with finderscope because there was my camera in the focuser and I could not move with it. I found it approximately after an hour. Everything was prepared so I started taking pictures. The sky was great. After next two hours Windows crashed ā sinister blue screen. I repaired my pointing system next half an hour.
This night was very busy but I managed to capture comet C/2006 W3 Christensen as you can see. 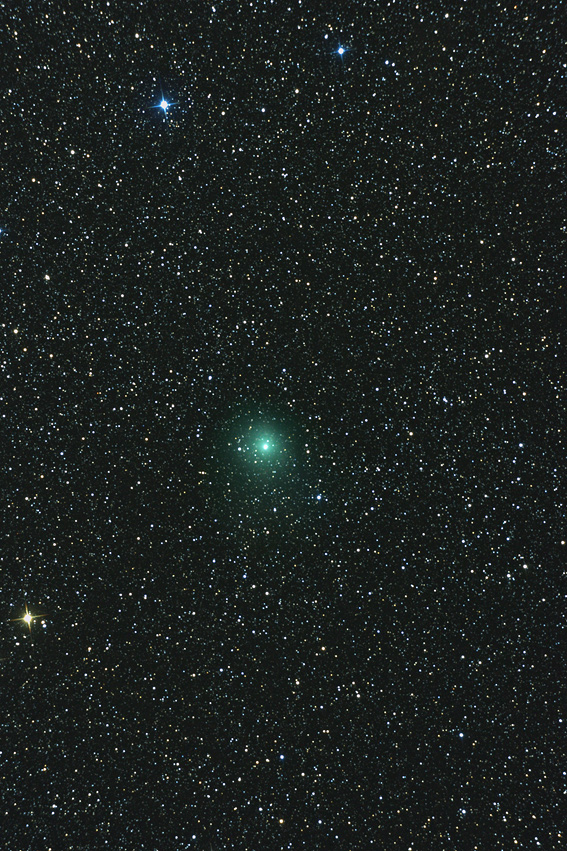 And this is the photo of temporary joining camera and coma corrector in focuser. 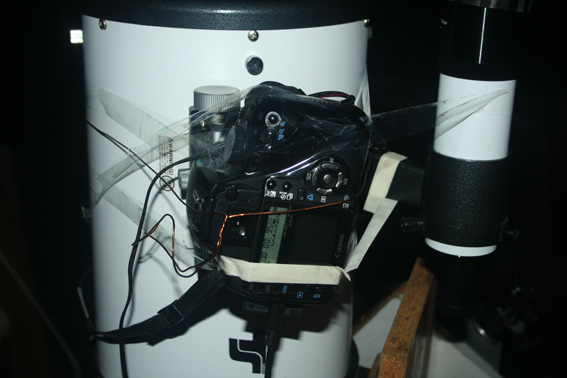 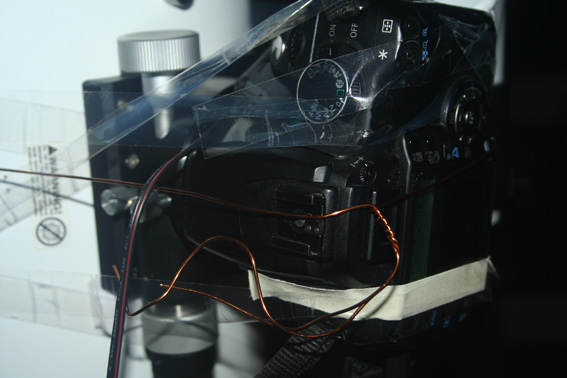